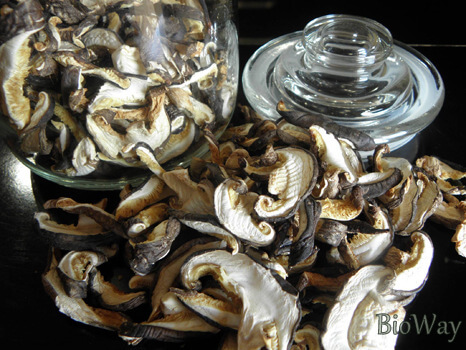 Shiitake is a traditional delicacy mushroom. The homeland of Shiitake is Japan, where the mushroom has been cultivated for thousands of years. Some documents dating back from about 199 AD show that Shiitake has been used not only as food but also as a remedy for diseases of the upper respiratory tract, poor blood circulation, liver diseases, weakness, and also to raise the vital energy Qi. It was believed that Shiitake could even prevent premature aging.

The most valuable ingredient in this japanese mushroom is the polysaccharide lentinan. This is a 1-3 beta glucan, which has already shown some promising anti-cancer results in series of studies. Unlike many others anti-cancer agents, the lentinan does not attack the cancer cells directly but it sets the immune system against these harmful tissues. Another interesting ingredient in Shiitake is the lentioninat, which is the main reason for the mushroom’s exotic flavor. Today Shiitake is considered as a valuable culture and it’s cultivated in many countries around the world, including Europe. Besides being a delicious food as an alternative to ordinary mushrooms, Shiitake has a medical value as well. 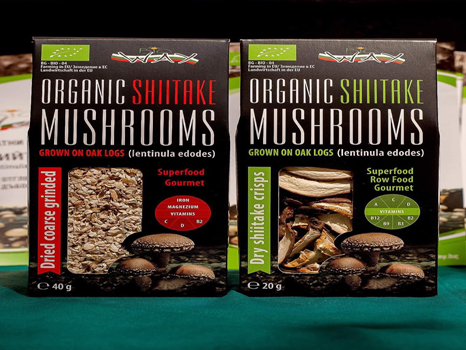 Furthermore, except of its edible form, Shiitake may be taken in the form of dried extracts, tinctures and others. The lentinan is sold separately from the Shiitake extract as a specialized anti-cancer medicine. All the problems where Shiitake has proven its efficiency are related in some way to the human immune system. The results of most studies reinforce the immune-stimulating and immune-modulating power of the Japanese mushroom.

In its dry form, Shiitake contains all the flavor qualities of the fresh mushrooms and their beneficial ingredients. The only thing missing is water. Shiitake's own taste is so strong that it can be cooked with products like pork, beef and soy sauce. Its foot is rough, with fibers, and in the Shiitake recipes it is recommended to use only the hat of the mushroom. But that does not mean that the foot has to be thrown away - it can become a great aromatic broth. 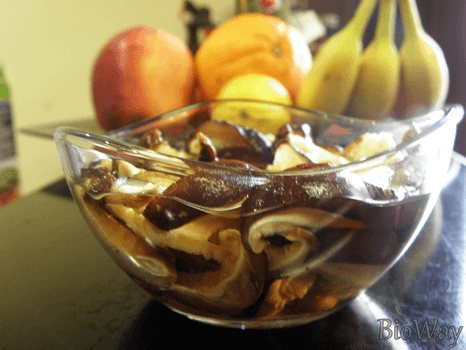 Consuming dried Shiitakes requires a little preparation. First, place the mushrooms in a deep dish and rinse thoroughly with water. Then, fill in a pot with fresh water and soak the mushrooms for 20-30 minutes to rehydrate. The water, in which the mushrooms have been soaked, absorbs much of their flavor and can be used to make soup or sauce.